The Bureau of Linguistic Reality 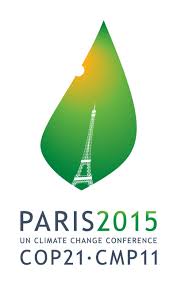 A public participatory artwork by activist Heidi Quante and artist Alicia Escott, this project will focus on creating new language as an innovative way to better understand our rapidly changing world due to manmade climate change and other Anthropocenic events. The vision of the artwork is to provide new words to express what people are feeling and experiencing as our world changes as climate change accelerates. We will be using these new words to facilitate conversations about the greater experiences these words are seeking to express with the view to facilitate a greater cultural shift around climate change. Heidi, Alicia and artist/activist Isobel Tarr and a participating linguist will convene for three weeks surrounding the 21st Conference of the Parties in Paris where they will create a “cultural intervention initiative” called The Bureau of Linguistic Reality, aimed at developing new language to express the losses that result from climate change. They will also facilitate much-needed 'Pauses' or Salons for COP attendees, providing the opportunity to introduce and hone creative tactics for shifting cultures, which they can then take back to their respective countries.

The Bureau of Linguistical Reality is honored to receive an Invoking the Pause grant for our 2015 work.

The Bureau of Linguistical Reality is a public participatory artwork created in 2014 by Heidi Quante and Alicia Escott focused on generating new language as an innovative way to engage diverse sectors of the public in addressing climate change and other Anthropocenic events. The vision of our artwork is to create new words to express what people are feeling and experiencing as our world changes as climate change accelerates. We simultaneously use these new words to facilitate conversations about the greater experiences these words are seeking to express with the view to facilitate a greater cultural shift around climate change.

This project was inspired by moments that both Heidi and Alicia had where they literally were at a loss for words to describe emotions, ideas or situations they found themselves experiencing because of climate change.

Heidi and Alicia discovered they were not alone – friends, colleagues and people they met in their respective professions were also experiencing this loss for words.

For centuries philosophers, linguists, psychologists and others have noted the power of words to influence people’s thoughts and actions and vice versa. A principal called linguistic relativity (also known as the Sapir-Whorf hypothesis), holds that a language affects the very ways in which its respective speakers conceptualize their entire world, in short their cognitive processes which often inform their actions. It is from the term, linguistic relativity, that The Bureau of Linguistical Reality takes its name.

We reference this term playfully but believe that until we have the language to describe the changing world around us, we will not be able to fully grasp and actively respond to what is happening.
Here are some examples of the power of words:

The word genocide was created by the Lawyer Raphael Lemkin in the 1940s to describe "the destruction of a nation or an ethnic group." He created the word by combining Greek genos γένος, "race, people" and Latin cīdere "to kill".   Once this word was created a phenomena became real.  When people now hear this word, they call up a whole understanding of this tragic human phenomena.  They are able to use the word in conversations and debates and those who hear it understand it to be a real thing.

In 2002 at a meeting of Geologists, Paul Crutzen a Nobel Prize winning Atmospheric Chemist, was exhausted by people using the word Holocene to describe present times.  He introduced the word Anthropocene as a far more accurate term. Anthropocene is a new geologic chronological term for the proposed epoch that began when human activities had a significant global impact on the Earth's ecosystems, many cite the Anthropocene era as beginning with the industrial revolution.  Anthropocene is now widely used in academia, the art world and is making its way into press articles.

We appreciate that not all the words generated via this creative endeavor will make it into global lexicons.  That’s ok.  Our goal is to spark deep conversations and reflections about how our cultures can better reflect our realities. To inspire a cultural shift to better tackle a world rapidly changing due to man made climate change.

We are using a diverse array of methods for engaging the public in this endeavor to shift our cultures including:

•    Collaborating with linguists as well as artists, writers, psychologists, climate scientists, mothers and the public at large to create new words. Since January 2014 we have primarily been doing this via the monthly salons we’ve been holding. In these salons we bring together experts from diverse fields who have never met one another, to share common experiences and devise new words for these experiences.

•    We also hold public events where we creatively share the project, words generated to date and invite the public to discuss the new words as well as create words that reflect how they are feeling about climate change, the impacts they are already experiencing and more.

•    Invite people throughout the world to send in words from their traditional cultures that reflect changes created by the Anthropocene with a focus on climate change.

•    Encourage journalists to begin using some of the words created in this process in their writings.

•    Share all the words generated globally via a website, interactive exhibits in public spaces and eventually a book

We have devoted the early part of 2015 experimenting with different modalities for engaging the public in The Bureau of Linguistical Reality, including:

To date we’ve held 8 evening salons in which people from diverse disciplines who have never met before, come together to share their emotions, feelings and experiences around climate change and other Anthropocene related experiences for which they wish there was a word as well as collectively brainstorm new words or terms for these experiences.  Participants have included scientists (fresh water working on the drought, marine biologists working on ocean acidification and more), social practice artists, linguists, a professional word brander, mothers, farmers, fisherman, psychologists, award winning journalists and others. Our vision is to continue holding these monthly salons every month until November 2015 when we travel to Paris for the international climate talks because the salons have proven tremendously successful.

Bureau of Linguistical Reality at the United Nations Climate Talks 2015

With the generous support of Invoking the Pause, we will be bringing BoLR salons to Paris this November and December in order to share this new cultural shift project with the multitude of climate change organizers who will be gathering in Paris for the 21st International Climate Negotiations (also know as COP21).  The vision is to share this free, open source project with attendees via active participation in the salons we’ll be facilitating for 3 weeks and then empower them with guidelines for leading this project in their respective countries.  In short we will be creating “pauses” for attendees during these talks, to take a moment to reflect on new ways of thinking and engaging the public on climate change. We appreciate that even if an agreement comes out of COP21, world leaders will still need to pass legislation in their respective countries for any kind of international agreement to be effective. This will require receiving support from the general public.  We view the BoLR as one of many tools, activists can add to their toolboxes to accelerate cultural shifts around climate change in their respective countries and are incredibly thankful for Invoking the Pause for providing us this opportunity to create a space for new ways of thinking at the upcoming international climate talks.