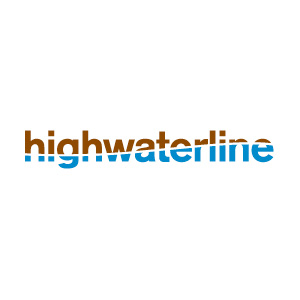 HighWaterLine is a public interactive art project that uses a chalked line to help people visualize how rising water from mega floods would affect their living environment. The project was first carried out in New York City in 2007. When superstorm Sandy hit New York in 2012, the very area demarcated by artist Eve Mosher was flooded, giving a chilling demonstration of the project's relevancy.

The next phase of the project will take place in Miami, which is considered to be one of the most climate vulnerable cities in the U.S. due to its levels of urban development on low-lying areas and reliance on groundwater for human consumption. The "pause" will allow collaborators to travel to Miami and convene with educators at the University of Miami to design a curriculum around climate change before bringing the project to the city in December 2013 in conjunction with Miami Art Basel. In addition to the interactive art element, the project will involve students, local activists, and community members in workshops to help create proactive and locally driven strategies for addressing climate change challenges in Miami.