On July 26 – 30, the Alliance of Nurses for Health Environments (www.enviRN.org) convened a retreat to explore the value of marrying artists and activists in an effort to strengthen climate change campaigns while building a more comprehensive, progressive movement that seeks environmental sustainability, social justice, and spiritual fulfillment.  In attendance were artists who work in a variety of media (poetry, performance, film), environmental activists, health professionals, and community organizers.  Care was taken to amass as diverse a group as possible in terms of age, sex, race, and so on. 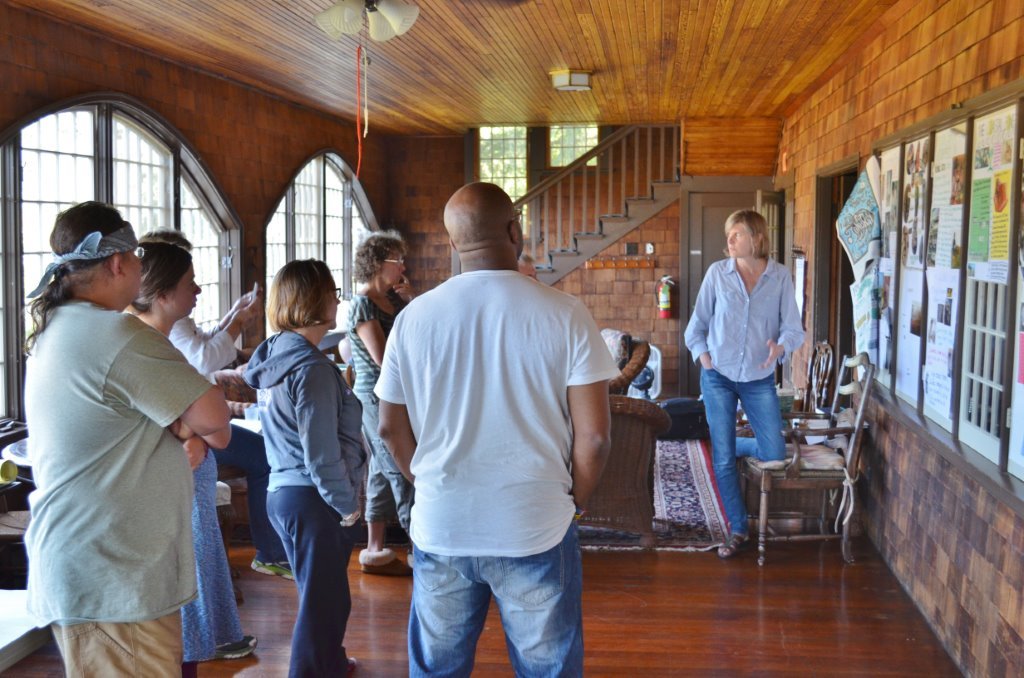 A remarkable transformation occurred during the 4 days as a dozen people, who had not previously known each other, said “yes” to a process that allowed for deep personal exploration, deep listening, and ultimately created a deep sense of community.  All in 4 days!    Skillful facilitation by activist artist, Beth Grossman (www.bethgrossman.com), allowed each members of the group to press the 'pause' button on their extreme sense of urgency and their individual campaigns to consider how we might weave together a renewed and stronger movement if we take the time to listen to members of ALL our communities and specifically include the most impacted communities.

Throughout the retreat, art was both a vehicle and an inspiration for new ways to think about our present and the possibilities for the future.   Activities as diverse as a Native American ceremony, method acting, and poster making were interwoven as we collectively strengthened the fabric of our newfound community.   We left with several gifts – a recognition that the deep listening that we experienced and the relationship-building that it promoted are essential components of an enduring movement, an acknowledgement that multigenerational efforts can lead to a hopeful path forward, and an appreciation for the sheer power of art to reach into our hearts and inspire us to be the best possible human being. 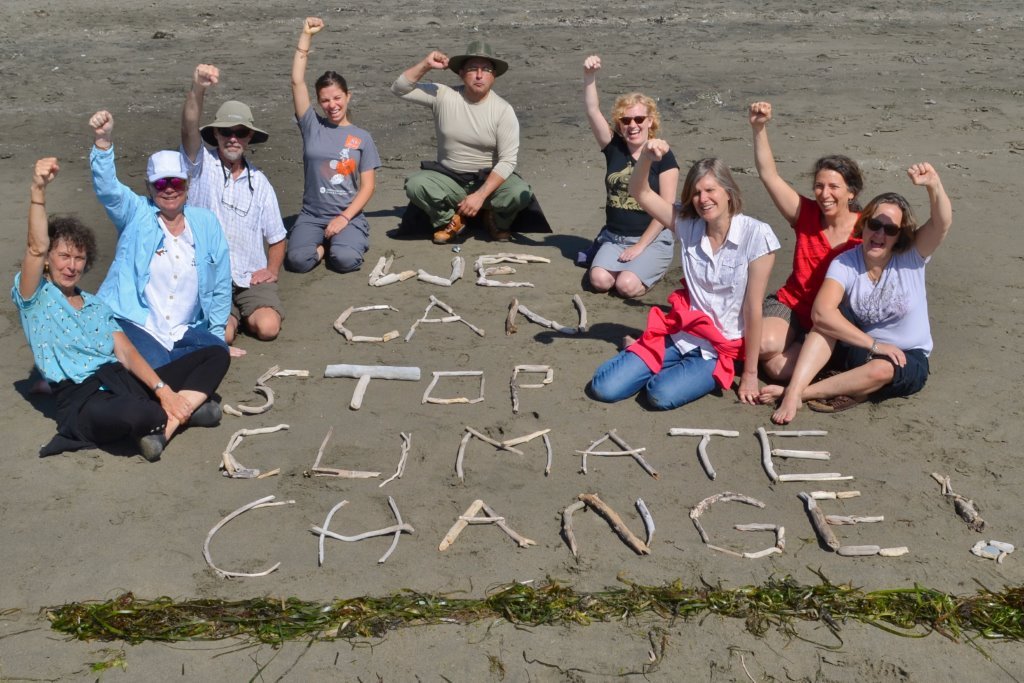 •    The two faculty who were in attendance at the retreat from Villanova University (Ruth McDermott-Levy from the School of Nursing and Ezekiah Lewis from the Film Program) are planning an joint, interdisciplinary approach for their students to learn about environmental health impacts on communities (i.e. climate change, energy policies, fracking).  The film students are required to make a short film during the course of the semester.

•    Gary Perez, a Native American leader from Texas, who has focused on the preservation of his people’s sacred sites will be working with a new set of connections to other Native Americans, environmentalists, and health professionals who are working on addressing the rampant expansion of fracking in both Indian country and elsewhere where the earth and its beings are being threatened by the immediate actions of fracking and its attendant contributions to greenhouse gases and climate change.  Bringing ceremony to our collective work will help to deepen our connection to each other, as we continue the often-disheartening work of defending Mother Earth and our communities health from the powers that are promoting unsustainable energy production.  This work will be supported by enhanced communication through national conference calls with agendas focused on shared local/state/national strategies.

•    The trusting relationships that were built during the retreat will allow Kathy Dervin, who is the California State Health Department senior staff person responsible for climate change and health, to call and rely upon support from both the nurses and the environmentalists who were in attendance.   Already, Kathy convened a very well attended session that featured Sandra Steingraber (another retreat attendee) as the speaker.   Our deeper, new relationships will allow us to speak on and off the record in a way to help move policy efforts forward.   Sandra’s combined depth of science combined with her poetry and eloquence helps to shift audiences from being mere intellectual receptacles for information, to being responsive as a “whole person” with our hearts, as well as our minds.

•    While David Braun, Katie Huffling, Ruth McDemott-Levy and Barbara Sattler had begun to work on climate change and anti-fracking efforts shortly before the retreat, their combined presence with Davis Baltz’s at the retreat helped to identify a new opportunity for much better coordinate.    Davis agreed to become the part-time coordinator of efforts in CA for the next several months, a position that will be supported by a new grant from the 11th Hour Foundation.  We are extremely excited by this new turn of events and recognize that it would not have been possible without the retreat.

•    In Sonoma County, Marissa Mommaerts (from Transition Town, US) and Barbara Sattler will be working with the growing Permaculture Community/Sustainable Farming Community and the deep-routed arts community to bring joy and promise to these often-separate populations.   Marissa is already on a number of planning committees for fall activities.  Barbara hosts her communities Farmers’ Market at her farm/vineyard and is involved with a number of the sustainable food/farm organizations in the area.  The new connections and insights that were created will continue to inform their work.

Those in attendance learned much from our facilitator, Beth Grossman, who is now a Founding member and Cultural Agent (one of 17 nationally) of the U.S. Department of Arts and Culture. “In an era when the news and social media would otherwise steep us in hopelessness and powerlessness, gathering in-person, in community provides us with the necessary counterweight to keep moving forward and working for change.  The most radical work we can do is to bring people together,” are Beth’s wise words.

In a year, if asked what resulted from our retreat, we will undoubtedly smile, knowing that each new strand created in summer 2014 contributed to fortifying the movement.   While there are no plans to reconvene the group as a whole, the web of friendships and relationships that were woven will continue to strengthen the fabric of all of our work.   Our “radical work”, indeed, is what we will all help to replicate going forward.

The magic of bringing art to such scientifically laden work as climate change can be transformational, as an audience shares a collective moment of deep sharing around a poem or image or film.    This is so crucial for those of us who are working fast and furiously in the climate change arena.  Bringing artists, scientists, community members, and health professionals together helped us to model the work that we must now scale up.  As we learn to bring more art into our movement we will deepen the work, find restorative moments in our frantic efforts, and ultimately see the real shifts that we all want to see.