Posted - 12/15/2018 Making Distributed Teams Work By: Anjali Nayar, TIMBY Founder
It was a homecoming of sorts for TIMBY in October. Over four sunny days in Nairobi's national park, our team's lead technologists, advisory board, project management and Kenyan users came together for the first time in years thanks to funding from Invoking the Pause. 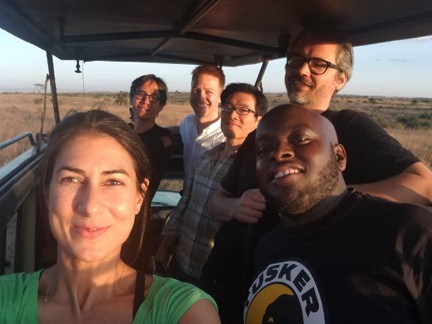 I know it sounds strange that some of our team - having worked together for years - had never met in person (or hadn't met for years). The developers, especially, rarely have the opportunity to have face-to-face conversation with our users (since our users are distributed in countries around the world). But this type of thing is becoming increasingly common in the world of distributed teams. » Read More