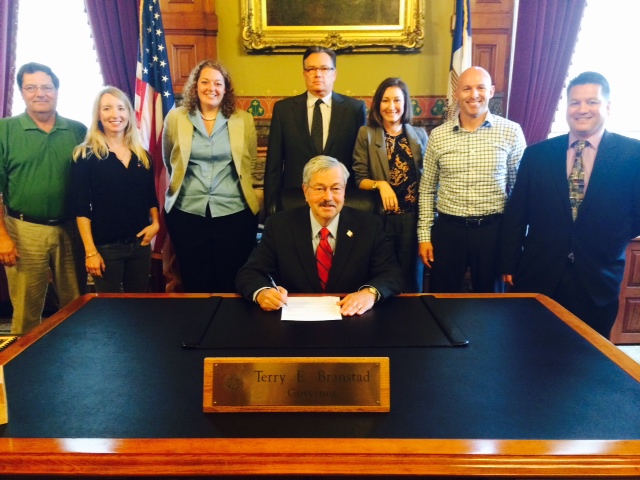 By Nicole Lederer of Environmental Entrepreneurs (E2)
E2 is a 2014 Invoking the Pause Grant Partner.
This photo illustrates the remarkable impact of E2's ITP-sponsored retreat to Iowa.  Governor Branstad of Iowa has not been particularly focused on meeting with clean energy advocates, and many of our partner organizations had tried and failed to get in to his office.  But because we were able to rally a very compelling group of his own constituents, ... » Read More

Environmental Entrepreneurs (E2) was founded on a contrarian idea - that business people would make the most effective advocates for the environment.

Back in 2000 the common belief that we had to choose between the health of the planet and our economic prosperity was as widely accepted as it was illogical.  Who better to refute that premise than those with economic credentials - people who run companies and create jobs?  » Read More