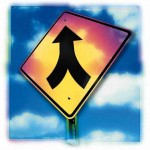 One of the many “Collateral Delights“ from the 2010 Invoking the Pause Convening was the ensuing mini-collaboration between ecologist and ITP Grant Partner Nicole Heller Ph.D. , and improvisational artist Nina Wise who performed at the Convening almost one year ago.

Following the Convening, Nicole invited Nina to attend a workshop that she organized at Stanford University to explore the link between the arts and sciences to visualize climate change. Here are some of Nina’s comments about that experience:

“The Stanford University workshop took place on May 20th this year. It would not have occurred to Nicole to invite me had she not seen me perform at Maggie’s ITP Convening so that was a very positive outcome. Nicole contacted me in March or April to invite me to attend. We had a lovely connection at the Convening and really enjoyed meeting each other there.

By Nicole’s account, it is evident that she had somewhat of a paradigm shift during the ‘pause’ she obtained at the Convening. When asked if her performance may have played a part in Nicole’s metamorphosis, Nina emphasizes that the question is Nicole’s to answer. “I really liked getting to know her and for me, that was one of the highlights of the Convening. I hope my performance was useful to her because I think what performing can do when it is an autobiographical narrative is move a lot of that information from the head into the heart and I think she appreciated that and I feel that was something I was able to do with my work.

“I wasn’t at the Stanford workshop to do a performance like I did at the Convening. We were gathered as scientists and artists. It was all about imagery used in environmental activism – using it as an activist’s tool. It was more of a brainstorming session. The audience were sort of ‘techno-geeks’ but they were doing interactive projects and asking: “What gets people going?” They consisted of everyone from scientists to people who ran the climate programming at KQED (public television). There were maybe 30-40 people and we each had about five minutes to present. Rather than do an interpretive performance I gave a five-minute presentation about my work and about the importance of integrating creative self-expression. Because I am a performance artist I could present something more compelling than just using power point. I talked about how important the climate issue is and that it’s not a private, personal issue, it’s a global issue that requires a certain amount of devotion and dedication.

“Malcolm Margolin (executive director of Heyday Press) and myself were the only speakers that did not use power point. We were so much more than information based. We were concerned with: “How do we actually move people’s hearts and minds!” It’s paradoxical because we were the ones who did not use power point imagery; rather, people listened to us. There was something we said that moved everyone because they then asked Malcolm and me to be two of the people who helped wrapped things up at the end of the conference.

“At the Convening, I played a different role in integrating themes from the Grant Partners into my improvisational performance on the second evening. What I really appreciated about being there was meeting a few specific people such as Nicole and Terry Tempest Williams. It was great to see what people are doing in their fields of speciality. It was a delight to meet Nicole at the Convening and then meet her husband, it felt like a broadening community. Hopefully, as we all learn more about each other’s work we are inspired and fortified and have the potential for projects to grow out of it. I met people at the Convening and then because of that I met people at the Stanford workshop. It was fun and encouraging to me that people are connecting cross-generationally.”

That cross-pollination was a major objective of the ITP Convening.

Nina’s next big project is the Kepler Project, which relates to her interests in paradigm shifts: “…the last great paradigm shift was the scientific revolution in the 17th century. I met with my friend Ralph Abraham who is an expert in the history of mathematics. He shared the story with me of 17th century astromoner Johannes Kepler so we have been collaborating on this project that is premiering in November at the Morrison Planetarium at the California Academy of Arts & Science. It’s a story about how the last great shift in the mind happened, in the collective mind – just casting light on how it happened in the past and shed light on what’s happening now. Kepler really believed that the universe was intelligent and interconnected, kind of one big living being so that’s the notion we are trying to resurrect in the minds of our audience.”

A common thread among the Stanford Conference, the ITP Convening and the Kepler Project are the inter-relationships of science, art, advocacy and the power of collaboration.

Go to ninawise.com for more information on her work and The Kepler Project