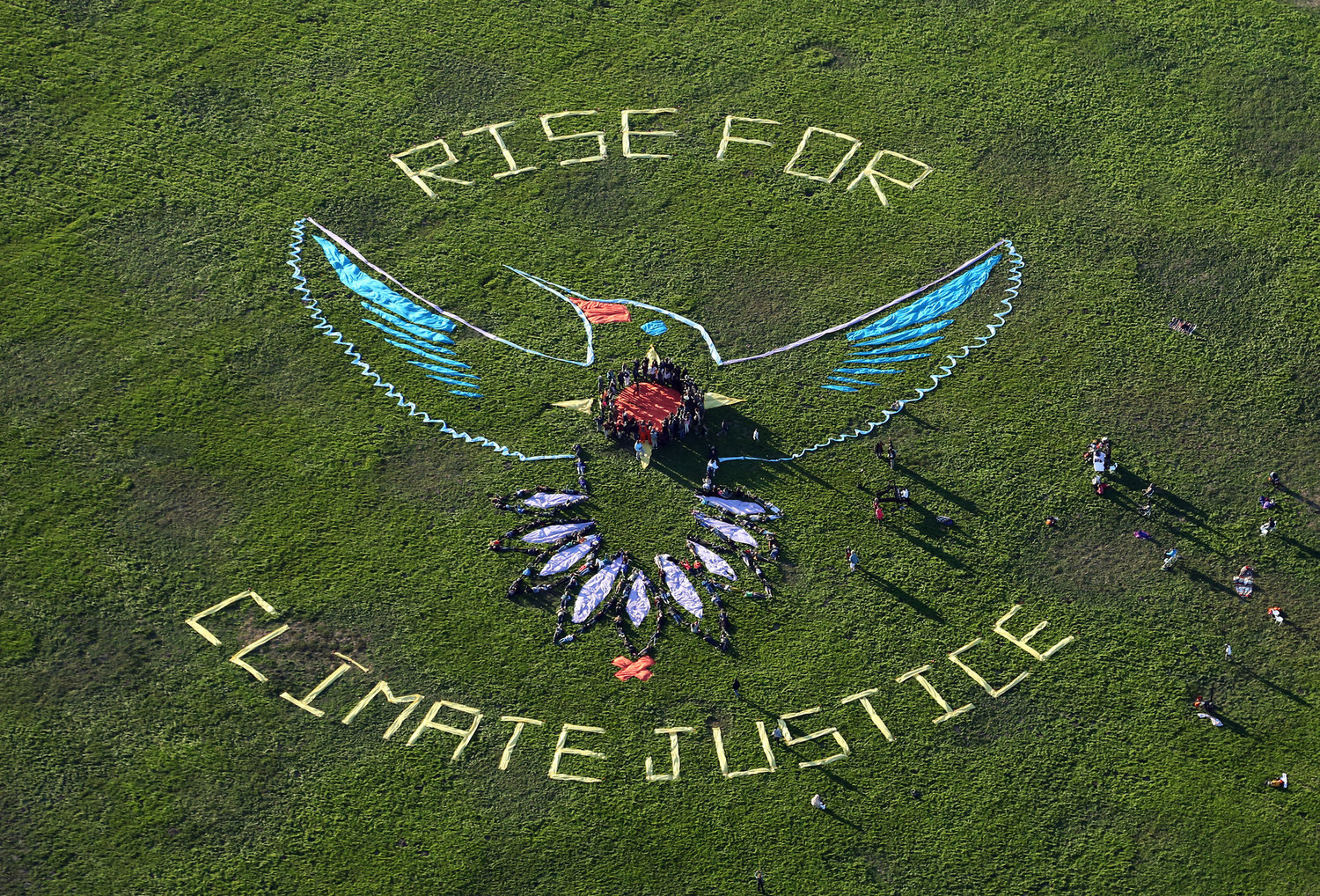 On the eve of the Global Climate Action Summit, environmental advocates, youth, local community leaders and Indigenous people from around the world converged at Crissy Field, under the iconic Golden Gate bridge in San Francisco. Together, participants created a large-scale aerial art image as they were immersed into an avant-garde musical journey.

The experience was meant to convey that honoring Indigenous Rights by Standing for Climate Justice is key to a truly 100% Renewable Energy Future.

Joanna Bowzer and the MindTravel team

Special thanks to our Partners:

Guardians of the Forest

Special thanks to our volunteers!