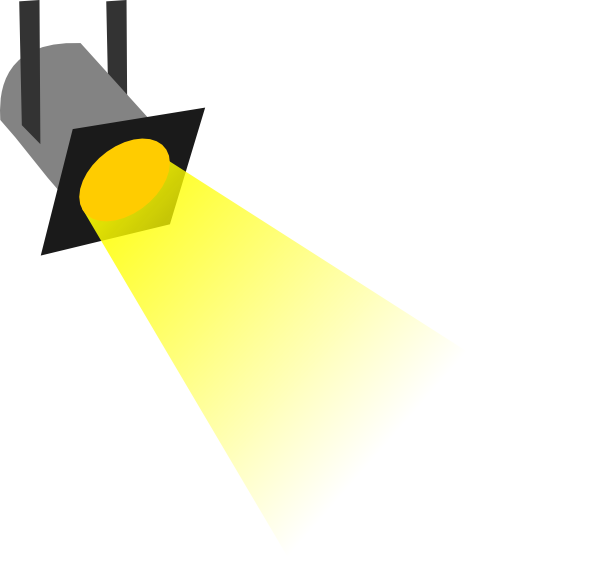 Invoking The Pause (ITP) had the chance to speak with Joshua Fouts of  Science House Foundation regarding his recent ‘pause’ in Brazil: “Science, Imagination and the Art of Adaption: Understanding Climate Change Awareness Through the Prism of Brazil”.  Joshua and his team, consisting of biochemist Dr. Ana Carolina Zeri and documentarian Andre Blas, traveled to the westernmost area of the Brazilian Amazon.

Here they visited with indigenous peoples and gained insight into their culture and communities and the effects of climate change on their way of life.  The journey was documented by photographs, video and writings and endeavored to spark creative engagement with adults and children through science by providing fundamental tools and knowledge to develop authentic research abilities to integrate with traditional knowledge.

Joshua:  ”Maggie taught me a certain Greek word that has become a central element to this whole experience – that word is “kairos“.  This entire journey was catalyzed by moments of kairos – it gives me goose bumps to even think about it.   I was talking to a friend about this and she said she didn’t understand the word kairos.  The simplest explanation is that there are two Greek words for time – chronos and kairos.  Chronos is quantitative, chronological or sequential time.  Kairos is the moments in between chronological time where things just click.  It’s qualitative.  It’s magical.  I feel that ever since the ITP grant was awarded to us things have just seemed to click and escalate in ways that have been phenomenal.”

This is part 1 of an interview with Joshua discussing his experience that began as a culmination of  ’chronos and kairos’  long before his introduction to the Invoking The Pause Grants program.

In the beginning, kairos already at work…

Your father was a primate researcher, what was that like growing up?

It’s a funny thing because if it’s all you knew growing up, you don’t realize that it’s unusual until later.  All I knew was that my dad worked with chimpanzees.  I didn’t know that other kids’ dads didn’t work with chimps.  He would enlist graduate students to collect the chimpanzee behavior data in journals to illuminate the intellect of the chimps.  At one point we experienced a particular crisis in the 80’s when President Reagan removed all federal funding for animal behavioral research.  My father lost his federal funding and therefore the graduate students.  So, at the age of 11, I was enlisted as a graduate researcher.  About that same time we moved to Washington State and the chimpanzees were living in a giant trailer in front of our house; it was like having the circus come to town.

This obviously influenced your love of science & learning.  Can you give me an early memory of discovery and fascination with science?

“My passion for science actually came in college.  I was greatly inspired by an anthropology instructor and I went on to do graduate work in anthropology as a result.  My professor was raised in Tanzania when it was still an Italian colony.  He had such enthusiasm for human culture, and explained it in such a way that really made sense to me.  I couldn’t get enough of his classes; I would take every one he taught.  I really consider him as the person who invoked and sparked my love for science and my true passion for anthropology.  Through my parents, I also had exposure to anthropologists growing up.  Both of my parents were scientists, a primatologist and a psychologist”

As a teenager you spent time in Brazil.  How did you come to be there as a young man?

“One of my passions has always been an interest in other cultures. While I didn’t really stumble into science until I got into college, I had always had a desire to learn how to communicate with other cultures.  So, in fact you could say that I am not unlike my parents because what they did was communicate with other species.  When I was a boy, my parents used to drive us down to Mexico every summer in a VW pop top van to visit my grandfather who had move to Mexico in the 1950′s as a U.S expat.  I spent my summers playing with the Mexican children in a small town outside Guadalajara and that laid a foundational interest in learning about other cultures.  When I was 15 I learned about a scholarship that could send me to another country and I didn’t have to pay for it!  So I immediately applied!  I actually wanted to go to India because I had been reading a number of Hindu texts.  My dad had a real interest in diverse cultures and spiritual interests so I was fed a regular diet of the Tibetan Book of the Dead and was therefore interested in what came out of the Indian continent.  In the end I didn’t go to India because we happened to be on vacation when the call came to let me know I had been accepted.  Since it was in the day before cell phones the ability to check messages remotely, they gave the India trip to the next person on the list!   The only location left for me was Brazil.  I actually befriended the high school student that went to India and recall writing to him about how diverse the Brazilian culture was.  Every man I met I had to hug and every woman I had met I had to kiss twice!  The student in India let me know that I got the better of the two deals because he was not allowed to even make any eye contact with woman!  Brazil completely transformed my perspective on the world and my life and I have had a cultural and psychological connection with that country ever since.”

Do you feel that this exposure as a young man gave you a unique lens into the Brazilian culture and, therefore, may have helped you with your ITP project?

“It definitely did. Brazil had been a military dictatorship for 20 years and when I was there in 1983-84 it was in transition – the Brazilian people had said enough is enough.  I was in the capital during a military coup and I didn’t understand what was taking place, there were people rioting in the street.  I was really fortunate to be there at that particular moment in history because it was such a transformative moment in the Brazilian cultural.  At that time musicians and artists were living in exile or being taking up in airplanes and dropped over the ocean and left for dead because they were considered catalysts for transformation.  All of my favorite Brazilian pop songs from that era were songs that had double meanings, poking a finger at the military dictatorship.  I can still sing them from heart yet I didn’t realize I had actually memorized a concealed message.  I completely feel that knowledge really helped me understand Brazil.  It was a very powerful experience to be there.”

Your background, projects and affiliations are very broad, what was your inspiration to develop this particular project with Invoking The Pause?

“This particular project arose from a lunch I had with Maggie Kaplan at Bioneers in 2011.  We weren’t even talking about Invoking The Pause – we were talking about our shared interests and goals.  We discussed how difficult it is to convey a message of science education and a higher message of science information to children of the world.  How can we provide the tools to understand and combat climate change?  I think it’s unfair to say the next generation is inheriting the problem, but they are, in fact, inheriting it and they should be prepared at the earliest age to understand it even though we as adults are trying to combat it.  At the end of the conversation, Maggie said I should consider applying for an ITP grant.”

Science House Foundation proposed an opportunity to explore a community of rubber tappers,”seringueiros” in a reserve called Reserva Extrativista do Alto Jurua in the Amazon forest and their collaborative relationship with the indigenous Ashaninka tribe in the state of Acre, the westernmost state of the Brazilian Amazon region.  The journey, or ‘pause’ took place from May 20 – June 2, 2012 when the team immersed themselves into this historic community to listen, learn and teach science to the inhabitants.  The team lived with the seringueiros and the Ashaninka to document and collaborate on the story of how these indigenous peoples can teach us about the impact of climate change on their environment.  The team brought microscopes to the communities in hopes to create an education infrastructure for the children of the Ashaninka and seringeuiros.

Your ITP project supported providing microscopes to these two native communities to help them better understand their environment – what were you hoping to ultimately achieve for these indigenous people?

“There were a few of things.  One is we thought going in to this that there was a great likelihood they might have a resistance and fear of technology and we were right about this.  The adults and the leaders were cynical about technology and science. Second, I read a number of articles about the devastation that was happening to the Amazon villages in the jungle due to climate change.  You wouldn’t find it in the American papers but the local Brazilian press was covering it.  Entire villages have been washed away because of radical climate change impact.  I expected there would be evidence of climate change and I was hoping to be able to use the microscopes to illuminate that in some way.  And thirdly, I thought that if we brought simple hand held microscopes that any child could use to magnify an insect or look at their skin they would instantly see the potential for that.  Those are three things that I hoped to address and the results turned out to be far more dramatic than I would have anticipated.

How will the video documentation be utilized?

Andre is editing it into a digestible form and I continue to promote it.  We have well over a dozen videos but a larger goal would be to assemble it into a documentary.  I am also taking all the blog posts that I wrote on the journey and compiling them into a report that will be translated into Portuguese for use as a document that can be distributed easily.  The website is a living document so more will be done with that.  In fact, as a result of our Invoking The Pause project website, I have been invited to apply for a Fulbright to go to Brazil in 2013 or 14 for a four-month stay.  This is another result of Maggie investing in this idea.