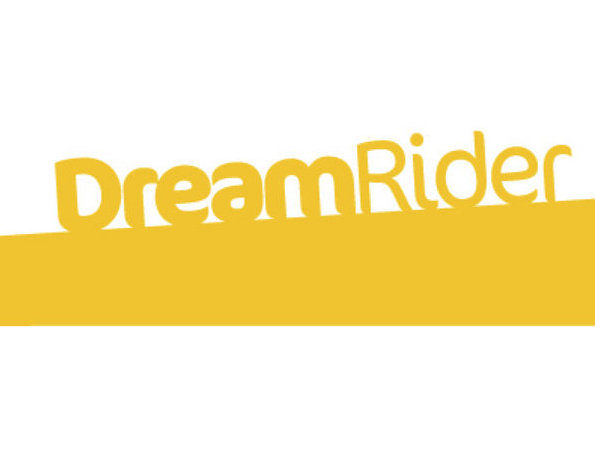 Today is the day.

Today is the day I've been waiting for, for over three and a half years, and it's finally come - thanks to Invoking the Pause - and I'm so glad.

This is the day that my creative brain woke up happy.

For the past four years I've worn so many hats at my job that I used to joke that it made my head hurt. Then I started experiencing headaches. Then anxiety - for months. Two years ago, I was lucky enough to hire an amazing staff member who took about eight hats off my head and helped to reorganize the other five. But as soon as he was onboarded, we were off on an innovative, year-long project/adventure/plunge into the unknown where virtually everything I was doing I had never done before; and the program we were creating was way out ahead, pioneering in the edu-tech space.

Tech development lasted a year, during which we produced over an hour of broadcast-quality comedy video, launched ourselves nationally, and scaled up our internal systems… The whole time I was managing the team with bottom-line responsibility for the entire organization… all while being a mom, a wife, and a friend, and taking care of my personal well being.

I was. My brain had to learn so much during that period, at times it felt like the Grinch's heart, growing five times in size. Scale the business! Run code development! Manage animators, editors, and recording studios! Help everyone to understand my vision so that they can implement it. All in a space of exploration and big unknowns. At every turn, my creative self was required to COME UP WITH SOMETHING RIGHT NOW. (P.S. something brilliant, please!)

And then I received this grant, with the mysterious sounding name, Invoking the Pause. I sent in an application for my team to rest and be generative in a cabin somewhere. When the good news of our funding arrived, there was no cabin we could rent for the full period. So I wrote and asked whether it was ok to change the plan. The response: "Yes, as long as you rest."

I had a grant, and funders to whom I was responsible, that required me to… rest.

Well knock me over with a feather.

For two and a half months, my brain and whole body were too tired to even consider what I might do. After hundreds of decisions a day for four years in high-intensity situations, I had nothing left.

As a Canadian organization, we had to find a US fiscal sponsor. We found one. For their reporting, they wanted a blog post like this one, too. "You can share your learning about the experience and benefits of resting."

OK now I had an obligation to two funders to rest. It was official.

Somewhere, that sank in, even before I took an actual Pause.  I started to pay attention to my body and realize how much I wanted to just not do anything. Like anything. I started slowing down. At first, I was very jittery, like an alcoholic with the tremors. My mind was jumpy, wanting entertainment. I did tai chi. I practiced slow walking. I practiced what I call "slowing down to plant speed," which is a combination of relaxing and imagining myself slowing down like a top about to wind down, until I feel like I'm moving at the same pace as the trees and grasses around me.

I started doing a practice from theatre improvisation called "Listening to the Resonance". In improv, there are four

beats or parts to any action: desire, impulse, action, and resonance. It's the beat after you do something, where you let it ring, before you take the next action. So for days, I let the work of the past four years ring. I listened to the resonance of all that we'd created and achieved.

Then a dear friend called - a singer/facilitator from Virginia. She was going to Cortes Island, BC, and did I want to share a cabin? I'd be alone during the day; but we'd do the day travel there and back and have a little time on the front end together.

The silence was calling.

This was it. I went. (Did I mention that I had never been away from my family, essentially by myself, without a work project to do?) 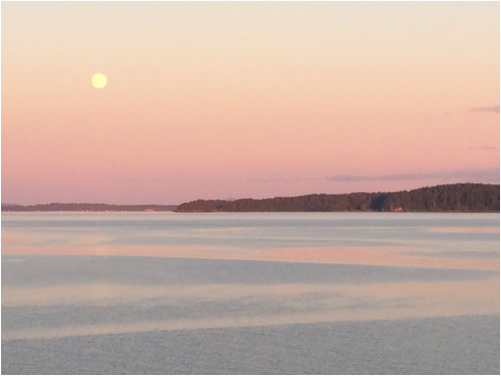 I sat on the beach for hours every day for five straight days. There was no one there with me, most of the time. Gulls, eagles, seals, the wind, the trees, the ocean. For the first day, all I could really hear was the restless chattering in my head. After a day and a half, it quieted. The once-in-a-lifetime full moon on the solstice came. I ate fresh eggs from the chickens down below our cabin. I took my kayak out. I didn't write. I didn't talk much (except to the wind). I sang.

On the last day, suddenly I felt complete. "Right, that's good," was the feeling. Got up, came home.

That was a month ago. I still have some Pause time with my creative partner, and some more with the larger team. Yesterday I read a couple blogs from people who'd received the funding previously. Their stories were full of action and adventure: workshops and communities collaborating and program invention. Yipes, I thought, didn't they want us to rest? Didn't the funder say something about the power of rest to invigorate climate activists? Do I need to pretend that all of the things I accomplished after my first rest happened during it? 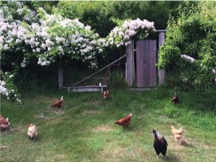 But no, I'm going to stay with what I know, which is this: Part of what is sick in our society is our attitude towards rest, and I've been unlearning that sickness, and I can share my experience of honoured rest. (Besides, I had an email that said, "Rest", as backup.)

Today I'm about to go into a visioning session with my board. Because of the Pause, I dropped my assumptions about "where next", and there have been some pretty incredible possibilities emerging in that silence and space, which I could not have seen had I not ventured into silence, not risked boredom, not rested, not paused:

➢    Solutions for the teacher uptake issue that was the one bugaboo in our climate action program for kids, The Planet Protector Academy.
➢    Realization that the Emergency Preparedness program we are working on is also a climate resilience program, as we will be training kids to be emotionally resilient in the face of disaster and change.
➢    A potential for using our Planet Protector Academy process to help end racism: Instead of training kids to be climate activists, we'd be measurably training them to be less racist.
➢    Feeling emotionally prepared to make some very high-level connections that have been waiting for my readiness.
➢    I feel determined to find ways to work going forward that are not so exhausting and overwhelming.
➢    My marriage is better.
➢    My health is way better.
➢    Yup, I'm happier.

In this space, in this resonance, it's like I can hear the whole world ringing. I can feel the changes happening because my programs are running in 62 cities. I can hear the promise and possibility of the beauty that might happen if I listen for what wants to emerge now, once the resonance has stilled. I'll keep listening. 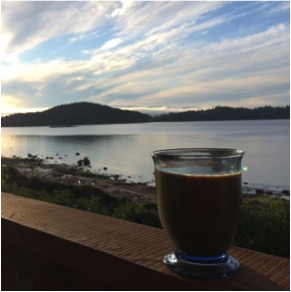