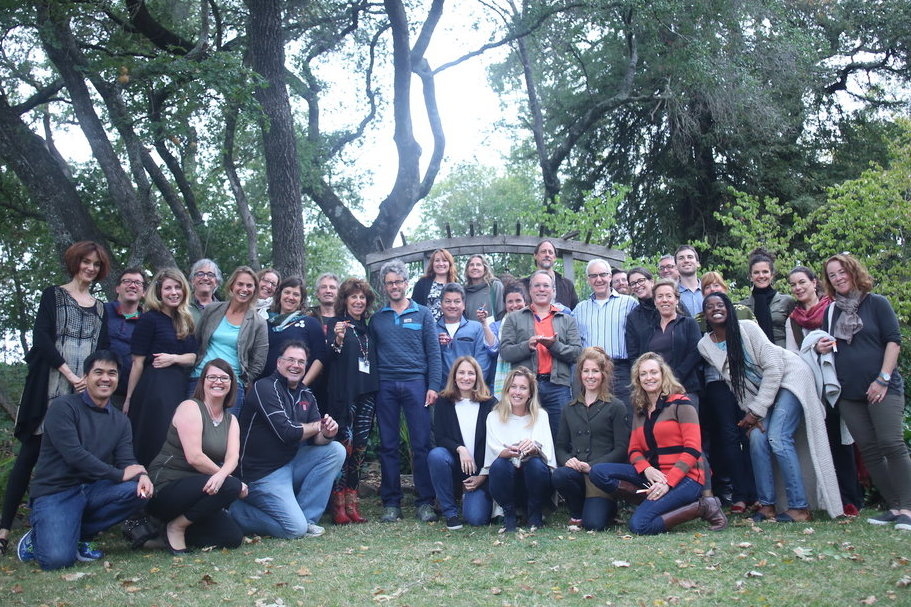 In October 2011, I had the life-changing opportunity to meet Maggie Kaplan, the creator of Invoking the Pause, at a lunch following a plenary keynote speech I had just given at the Bioneers Annual Summit.  That fateful day my life was about to be singularly and profoundly transformed by a conversation about collaboration.

I had no idea that a lunch conversation about the importance of creating meaningful collaboration across cultures and communities would launch me on a new course full of synchronicities; a path that would transport me to the remotest corner of the Brazilian Amazon jungle as an Invoking the Pause grant partner and ultimately, three-years-later, lead me to be reflecting on this journey from my now-two-years-long tenure as Executive Director of Bioneers.

In October I joined fellow Invoking the Pause alums at the annual ITP fall gathering, a convening of fellow former and current grant partners that has become in many ways a book-end to Bioneers.

So much is the energy and culture of Bioneers shared between the two organizations that Maggie’s opening remarks welcomed the community of ITP grant partners and outsider allies with quotes, observations and reflections drawn from her experience at this year’s Bioneers Summit.

In an earlier year's fall gathering, Maggie challenged former grant partners to help her make Invoking the Pause into not just an organization, but into a community. Maggie also consistently encourages collaboration across generations of grant partners.

This year’s ITP retreat, which was appropriately held at a venue symbolic of longevity -- the fourth-generation family-owned Westerbeke Ranch, in Sonoma, California -- was a unique evolution of the gathering in that it included the first-ever Invoking the Pause grant partners from 2008 and generations of enough partners to make it actually feel like family reunion.

Though the opportunities to update, learn, connect, reconnect and support the vision of Invoking the Pause at the retreat are always useful, my biggest takeaway this year was an appreciation for the value of Maggie’s consistent commitment to community.

One of the bigger challenges I have experienced in both managing and receiving grants and fellowships is the surprisingly daunting challenge of creating and preserving a community among grant partners. People change jobs, move onto new projects, or the capacity and infrastructure of the donor organization itself does not support maintaining an ongoing relationship with past participants. It takes perseverance to manage against this ever-changing flux of humanity. But Maggie is succeeding. Invoking the Pause is beginning to reveal the "return on investment" (ROI) to her commitment -- not just in people, but in the relationships among people.

Current and former grant partners are returning to the fall gathering years later. They are infusing new ideas into former ones, partnering with alums and visioning and supporting new partners, which is rare.

A new element at this year’s gathering was a series of "lightning rounds" where 2015 grant partners were able to meet with supporters, outsider allies and former grant partners to discuss next steps in their "Pause". This "think-tank-in-motion" format gave each current grant partner a few minutes to share their project and then sit back and receive the insight that was generated for the group. Ideas, emails and numbers were exchanged and seeds of possibilities for continued growth and support were planted.

It was a powerful and inspiring addition to the program.

Maggie’s success reveals a combination of tenacity and sophistication. ITP grant partners don’t get away. And that requires effort. Maggie consistently finds ways for former grant partners to contribute to the Well of Invoking the Pause by sharing their stories on the ITP site. And there is much behind the scenes work that buoys this. An archive of stories is being built. And the tale of a community in evolution is being told and created in real time.

“Happy New Year!” is how I greeted my fellow former grant partners at this year’s retreat. I look forward to reuniting with the community next year to learn about the evolution and creative expression of both of the vision of the program and the growth of the community of people who are shaping it.