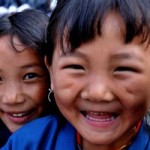 You, the grant partners, keep contributing to the ITP community and carry the dividends back to your own communities. These are just some of your inspiring tales.

The Atlantic Monthly recently published an article titled, “The Pursuit of Happiness: Do Our Communities Make Us Happy?” which featured a myriad of thoughts from leaders in the Sustainability Movement. It’s a topic that seems to be everywhere at once: community.

“Mark Holland, of the Healing Cities Working Group, answers his own question with a set of “pillars” that support a sustainable community:

A complete community. The conversational tone of the article rang true to the themes of so many of the discussions that we at ITP have had in the past few months with grant partners.

In the process of interviewing you about your projects, what was most striking was how each person’s enthusiasm for the Convening seemed to spill out into their own lives.

Libby Modern was the first to mention it, and spoke with such electricity about her own community of Lancaster, PA that Stephen and I were both intrigued and desired to visit.

On a micro-level, the Invoking the Pause initial grant gave Libby, Marci and Nicole an opportunity to hatch ideas among friends. For years they had wanted to find a way to work together, and this project brought them closer.

They then used the Super Power Magic Motion Machine project to force them out of their nuclear shell and into the community at large. Instead of reaching to the Internet alone for resources– something Libby pointed to as an act of isolation at times– they moved out of their comfort zone and met with a local environmental watchdog group; a welder; local artists; video production teams; website programmers; and an engineering firm.

Libby’s enthusiasm for her newfound sense of community was contagious — she mentioned it 27 times in the course of the interview!

Stephen Antupit, of CityLab7 and the Fertile Grounds Project, spoke about how the Convening brought  individual change agents out from behind their computers, away from their isolated projects and their peers, away from focusing on the problem and into a group of people with contrasting points of view.

“Social entrepreneurs can become so entrenched in their work that they forget to reach out for inspiration from their community. And that the effect of that instant community, of realizing that you aren’t alone, was profound.”

He said that going to the Convening ultimately brought him to the BALLE Conference in Bellingham, WA, which was an even larger group of change agents who were specifically focused on the efforts of Localization. He would have been much less likely to attend this or realize the many benefits of being in a room of people all seeking to come at the sustainability movement in a new way.

Nicole Heller, scientist and Google Fellow, spoke about how the Invoking the Pause convening completely transformed her approach to her work.

“The Convening was very powerful. I really cherished the group of people who were brought together and the level of sincerity and emotion in their work. It was particularly special to me because it was very different than a science conference where you’re supposed to be objective and leave your heart at the door.

“Scientists are not supposed to bring their passions and personal convictions into the work. Being at a conference with artists, activists and writers has opened the door for me to think about how change happens – how I can use interest as a scientist to better relate to people.”

Nicole went on the describe how she created a Convening of her own back at Stanford–and she even invited Nina Wise and Malcolm Margolis. The workshop brought together artists, journalists, visualization specialists and scientists.

“ITP helped me to see this link between artists and scientists and that there’s so much to be explored beyond the facts of climate change. The solution will involve everyone.”

As the conversations settled, within the fabric of their stories wove a central thread: listening. Attending the Convening helped them to be open to new ideas and new people who weren’t necessarily in their area of expertise.

They engaged in their opposite right-brain or left-brain processes–alternately depending on their primary orientation– and allowed the chaotic collaborative process of creativity to permeate their work and metamorphesize a project.

And since it has only been 10 months since the Convening, it seems safe to say we’ve only begun to see the fruits. Thank you to all the grant partners for your ongoing transparency and active engagement!