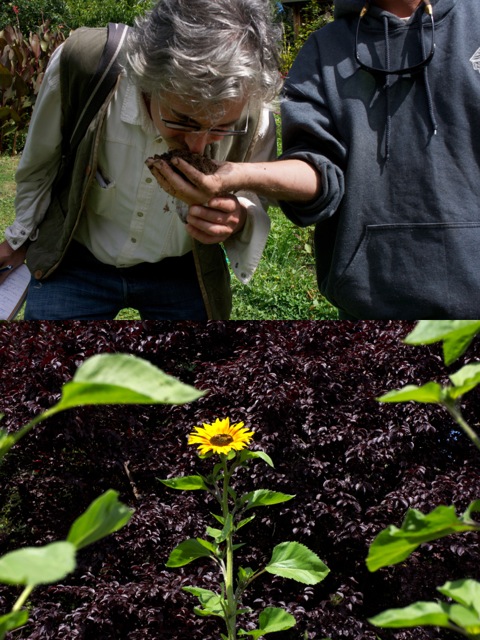 Being a journalist accustomed to stories in far-off foreign places, I did not expect to have the same sensation in traveling to the food-growing regions of California.  But taking a journey into the state's agricultural centers with photographer Peter Cunningham, my ITP collaborator, was indeed like a journey into a foreign land.

From the outside, farming appears as something akin to magic: Put water together with soil and sun and voila--food. But of course, no farmer thinks of what they do as 'magic'; just using that term is a dead giveaway of the life that I have spent in cities, far from the more sparsely populated rural areas of the state.  Peter and I went searching for the impacts of climate change on California agriculture; they were not hard to find.  And the effort to understand the complex imperatives at work in California's food growing regions seemed somehow akin to those in trying to understand, say, the constituencies at work in the new government of France.  Farmers, too, have constituencies to satisfy, imperatives of a more primordial sort: the health of their soils, access to water, protection against pests, and trying to control, as best they can, against the adverse affects of the
increasingly volatile weather.  All of those constituencies of the farming life, from the largest to the smallest, are now being disrupted by the impacts of climate change.

For if we are all at the frontlines of climate change, farmers are at the frontlines of those frontlines.  Disruptions high up in the atmosphere triggered by climate change come down to earth to alter the forces necessary for successful farming.  Those challenges include the increasing stresses on the state's water supply, the increasingly volatile weather, and the steady rising of the Pacific Ocean—all of which prompt an array of new tensions for farmers trying to conjure food from the earth. 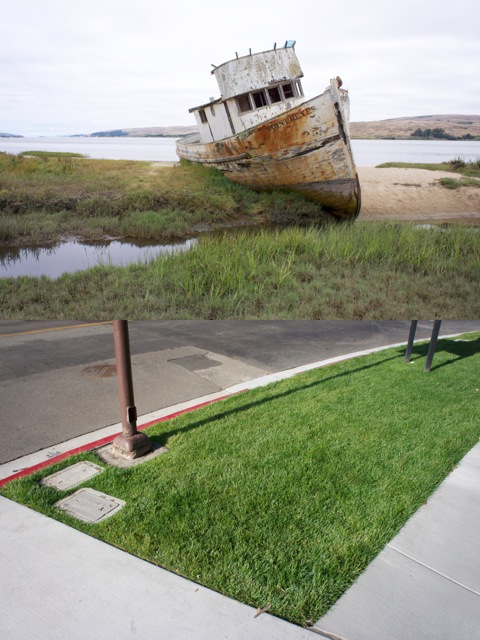 One example: how does a farmer make the decision between investing tens of thousands of dollars in maintaining or rebuilding their levees, or giving up the investment of generations in farming and letting the ocean spill into their fields and revert to tidal wetlands?  Across Sonoma, Napa and Marin counties, where we journeyed in July, farmers are also trying to deal with these changes by adapting to them, exploring new approaches to conservation and food-growing—from the efforts by the Marin Carbon Project in Nicasio to increase the carbon sequestration capacity of native grasses through managed grazing and deftly timed additions of compost to the soil; to efforts by the Ridge Winery in Sonoma to ensure the longevity of their century-old Zinfandel vines by precisely controlling their water intake and introducing new rootstalks from abroad that are more resistant to rising temperatures; to the efforts by organic farmers at the Occidental Arts and Ecology Center and elsewhere to channel the forces of nature into ensuring greater diversity and more water absorbent soil—key factors necessary to resist the disruptive effects of climate change.  Such efforts are now the daily work of farmers as they try to ensure greater resiliency to the climactic changes unfolding at an accelerating speed.
-Photos Courtesy of Peter Cunningham
www.petercunninghamphotography.com